Hi, folks, I'm exhausted this week. It's hard work to live a creative life. There is never enough time. I have discussions about cloning myself on a weekly basis. Anywho, I've been thinking about memes this week. Memes are the equivalent of viruses in terms of culture. A virus is a bunch of chemicals that aren't exactly alive (yes, I know that is a whole other conversation) that fall in a specified sequence and basically go around either wrecking havoc or in some cases actually improving stuff. Regardless, viruses get your attention and so do memes. Memes are ideas that spiral out quickly, and we all catch them.

So a meme, a real meme, is viral: it propagates, it mutates, and it can die. Think about the ideas or patterns of behavior that seem to hit you out of nowhere and suddenly there you are receiving and delivering them willy nilly -- texting, blogging, facebooking, tweeting, oh, the meme delivery systems are endless, I think back in the day it was more like talking, cave drawing, smoke signaling, newspapering, radioing, phoning, CBs and my favorite meme delivery system: BOOKS!!! Lots of communication technologies spread memes. Memes are out of control, and they don't usually get it right. We waste lots of time on insignificant cultural fluff, but on some level even with all the missteps, memes do seem take us in useful directions, they challenge us, they open our eyes. Hopefully, if we use our good sense and open to the good stuff, they will take us toward our better selves.

I think as a creative content person, I'm sort of in the meme business. I really want to send ideas into the world that are viral, that propagate, that mutate and in the most basic terms reshape us in some way that is definitely better.

When you buzz about whatever is inside you, go beyond just what can an will be heard. Yes, I'm talking to you zombie-alien-clone-baby-angel-devil-hottie-vampire-ghost busters. All I've got to say if you're going there, go deeper. You have some deep well of MEANING within you. In the slush mud at the bottom of you are nuggets of gold. Put that stuff out there. Infect me with your golden memes. Do it. Light the world with the brightness of that treasure. 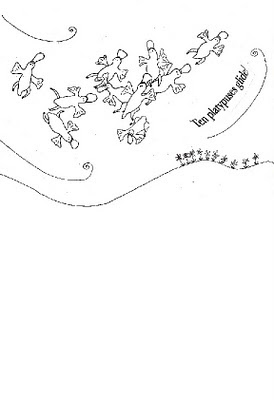 This week's quote.
Love doesn't just sit there, like a stone; it has to be made, like bread, remade all the time, made new. Ursula K. Le Guin
Posted by Molly/Cece at 9:00 AM 6 comments:

Hello, friends, hope you had a creative week. I've been thinking a lot about honesty lately. Here is a thing I've learned -- if I am brave and write down the things that I'm afraid to write down, then I find that my writing stretches beyond me. Locked doors open inside me as I let the deep things I think live on the page. I find this whole bravery thing snowballs into my work. My vision clears. Writing what I think helps me. I see what is right and true. And if anything is wrong with what I am thinking that comes out to. Putting my thoughts on the page helps me get at heart of things.

I've also found all this honesty spills into my work. I am more willing to take risks. I don't feel the weight of censors or critics, and I get to the business of shaping my stories the way they want to be shaped. I'm able to make my way into the deepest water of understanding. Emily Dickinson wrote a little poem that sticks with me. "I never saw the moor. I never saw the sea. Yet know I how the heather looks and and what a wave must be. I never visited God, nor visited in heaven, but sure am I of the spot as if the chart were given." Her assurance of things unseen gives me boldness. Her truth changes me. I hope you are getting the sense of the absolute power of writing what needs to be written.

So this week, write down your secret, write down that thought you don't write down because you know it will offend others, write down your anger, your grief, write down something hidden. See what happens when you open wide the door of honesty. I'm just saying, try it. Seize the day. See you next week.

My doodle this week is a little collage. I call it "Sunrise". 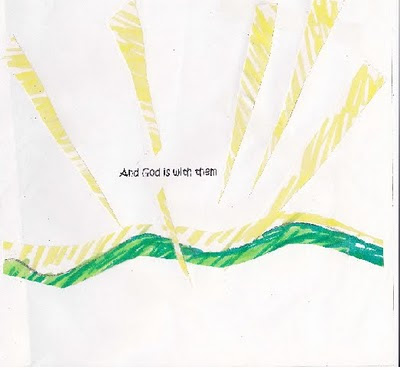 The highest compact we can make with our fellow is - "Let there be truth between us two forevermore." ~Ralph Waldo Emerson
Posted by Molly/Cece at 9:00 AM 1 comment:

Hi folks, summer is sliding away and fall is moving in. I love the changing of the seasons. For one, it reminds me that no matter how much of a rut I'm in, I don't have to worry, I'll get out it. I just will. Seasons change. It's something to count on.

This week I've been thinking about serendipity. You can't make serendipity happen, but you can create a world where serendipity is more likely to happen. It's really about showing up. So many dream, but few make dreams happen. This is the work part of the equation. I honestly believe if you move forward with the work, serendipity will come after you. You step and the universe answers. If you you don't step, nothing is ever going to happen.

So this week ask yourself, what is my next step? I like to write things down. It makes things more concrete for me. Take that baby step. Get in the habit of taking the next step. You will come to big leaps. Take the leaps! Keep moving toward your goal and something you are not seeking is going to come after you, something good but unexpected. After the work, expect serendipity.

I hope you take the baby steps, the regular steps, and any leaps that come your way this week. Serendipity will follow, of this I am sure. See ya next week. Seize the day.

Doodle of the week. I love to doodle cute critters defying gravity. Love it! Here is: "Two Lynx Leap" 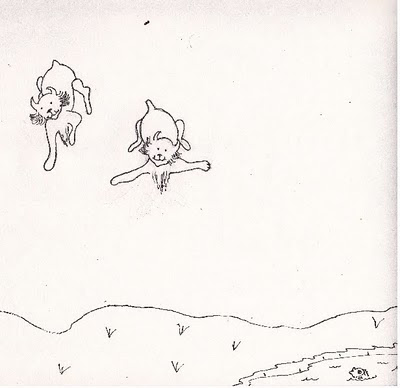 Serendipity is the art of making an unsought finding. Pek van Andel
Posted by Molly/Cece at 8:00 AM 10 comments: 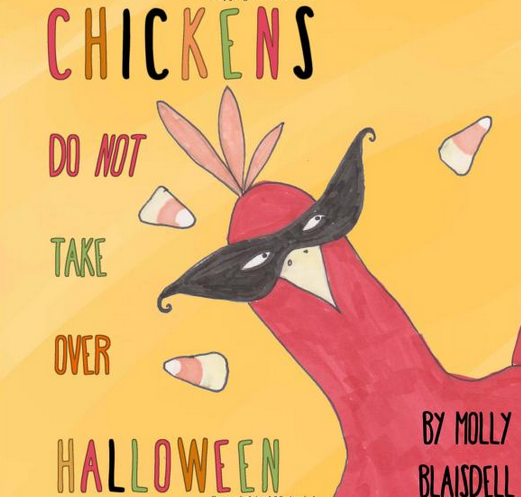 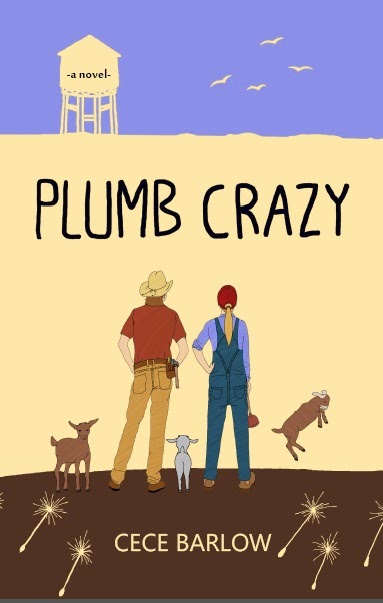